Day In The Life

So, this is a blatant attempt to win a Shut Up and Run visor (the t-shirts on offer would never fit me!). And maybe, just maybe, pick up a few extra visitors to my blog!

Beth, at SUAR, is offering t-shirts or visor to those who blog about a day in their boring life. I might qualify. Although having said that, today was an unusually busy day.

Now, SUAR is not afraid of bodily functions. So, it appropriate that my day started at 7am, with a "fairy circle" of doggy doo doo left on the carpet by a dog not able to hold it in until I got up and let him out. Sigh.

So....what's a girl to do, but ignore that and have a cup of tea. It was an early start this morning, so I continued to ignore the funk downstairs and hopped in the shower - how great do I look at 7:30am??

That grey hair is why I should have used this:


Instead, I applied pain relief for my still-dodgy hip: 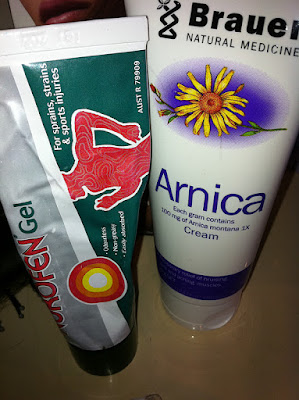 Unfortunately, I have no satisfying bowel movement of my own to report - an unfortunately common occurrence (not helped by not having any breakfast this morning).

I never wear my running shoes during the day, but considering I'm not running much with the dodgy hip, I thought "bugger it". 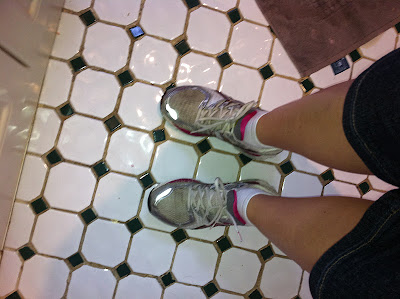 Then off to my 8am maths tutoring gig. Maths at 8am??? Bloody hell. But like all good wives, I left hubby to deal with the dog poo and get the kids up.

When I'd finished there, it was off to pick up my Mum who lives nearby. I apparently promised to drive her to her cataract appointment  45min away. I homeschool my kids, so I swing by home to pick them up so they are not left home alone all day!

Drop Nanna off at the doctors. Head on down to the "mall" (I use that term loosely!!). The kids are growing  so fast, they need some new clothes. I try on a dress - but it makes me look like a elephant. What a pity I forget to take a pic of that one!

Kids are starving, so we stop at Donut King and get my son a White Chocolate Marble donut and my daughter a Raspberry Slushy - all the additives and sugar you can eat in one easy meal! I avoid artificial colourings and flavourings because I figure we'll eat crap for lunch too and I like to limit my crap intake to once a day - yanno, so one day I won't look like an elephant in a dress. 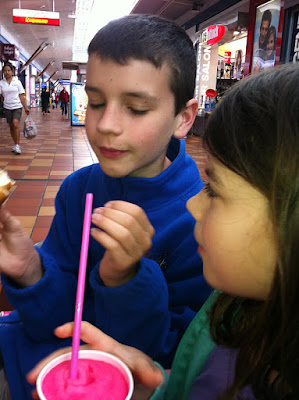 After we got bargains at Target, Kmart, Payless Shoes, Jay Jay's Jeans and the bookshop, Nanna was finally finished at the doctors, and it was time for a quick lunch at McDonalds. I opted for lowest fat seared sweet chilli wrap, but regretted it - obviously no-one ever orders them because the guys took 15 minutes to cook it! There is a pretty nice lactation room in the mall, but it's been many years since I felt the need to use it.

I tried not to break too many speed limits rushing back home. I love living on the NSW south coast - it's beautiful and did you know all those trees have so much wildlife including kangaroos, possums, owls and wombats in them? Seriously - you should move HERE!!

Running late now for our next appointment at 2:15pm back in town for my son's optometrist. He is getting contact lenses that you wear at night so you can see in the day - pretty cool! But he didn't enjoy getting poked in the eye - it will be something he has to get used to.

Dropped Nanna back to her place, rushed home in time for my 4pm afternoon maths tutoring! Yay! More maths! 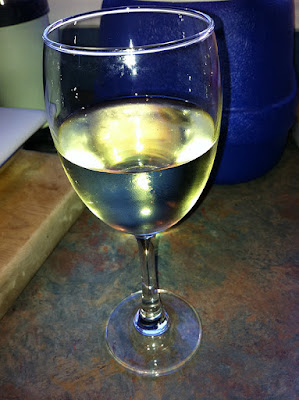 Given the lack of breakfast and crap lunch, I was happy to make a relatively health dinner of chicken burritos:

Spent the evening supporting my son in his attempts to shove bits of plastic into his eyes and then reading to him, because his eyes were watering. With any luck though, he will wake up tomorrow morning being able to see more clearly than he has in months.

"Miss Congeniality" is on telly now. I might watch the end before I hop into bed. Nothing planned for tomorrow - but I will have to get up and get on the exercise bike (in lieu of run) and inflict pain on myself with my foam roller - joy! I have news on the hip front...but you can wait until tomorrow for that, because Sandra Bullock and I have a hot date :-)

The thing with every day stuff, is it just has to be done. Fit in appointments, get dinner on the table, try not to eat crap, squeeze in some exercise. What is the point? Cuddles with my son, watching my daughter draw turtles at the optometrist, sitting on the couch with my hubby at the end of a long day, safe in the knowledge he will clean up dog poo for me. Life's good :-)
Deeply thought about by Ingi at 10:32 PM

Email ThisBlogThis!Share to TwitterShare to FacebookShare to Pinterest
Labels: day in the life, hip, injury, pain, running, Shut Up and Run

One Foot In Front Of The Other

Promote Your Page Too